Jason graduated from the University of Melbourne in 1999 with his Bachelor of Optometry degree.   His career began at the Australian College of Optometry (ACO), formerly called the Victorian College of Optometry.   Jason was one of four optometrists to commence the Clinical Residency Program at the ACO in 2000.   The challenge of the residency taught him to use good clinical acumen, diagnostic skills and proven, researched patient management in a busy, mainly geriatric and paediatric patient base. He highly enjoyed working collaboratively with colleagues who had a similar mindset.   At the ACO,  he had opportunities to work in many of the specialist and satellite community clinics, including Vision Australia’s Low Vision Clinics. He was amongst the first cohort to complete the Clinical Residency Program at the ACO in 2003.

After four years of full time work and part time study, Jason completed his Post Graduate Diploma in Advanced Clinical Optometry, Graduate Certificate in Ocular Therapeutics along with completion of his Clinical Residency Program. It was upon the completion of these extra studies in 2003, that Jason ventured out into private, independent optometry practices to gain further understanding and insights into how successful optometry businesses operated.

Jason remains focused on running independent optometry practices and the benefits they bring to the community, especially to residents in Point Cook and surrounding suburbs.

Like most working families, Jason faces the challenge of splitting his time between work and family. With two very active, vocal, young children, there’s never a dull moment. Jason tries to be active by swimming and going to the gym in his spare moments. He is also a dedicated Hawthorn Football Club supporter who tries to drag his family to the G whenever he can.

Jason is fluent in Mandarin. 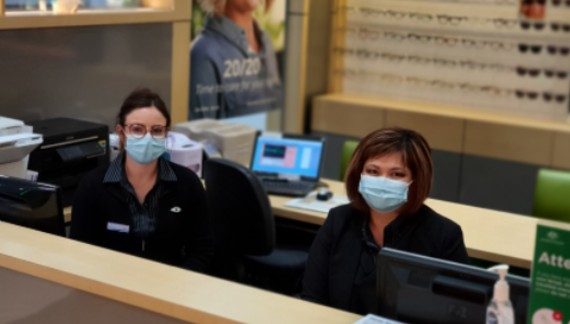